Harpist Juan Riveros is currently pursuing an undergraduate degree in Harp Performance and Music Theory at the Cleveland Institute of Music, studying under the tutelage of Yolanda Kondonassis. His past accolades include Interlochen’s Young Artist Award, the Texas Young Master Award, Grand Finalist in the 2018 Anne Adams Awards, Honorable Mention at the 2019 Lyon and Healy Awards, Third Place in the Young Professional Division of the 2019 American Harp Society National Competition, Competition Participant in the 2019 USA International Harp Competition, Grand Prize Winner of the Lewisville Lake International Concerto Competition, a Winner of the 2020 Anne Adams Awards Competition, and a YoungArts Merit Award in Classical Music/Harp.

Mr. Riveros is a graduate of the Interlochen Arts Academy, where he studied with Joan Raeburn Holland. His orchestral experience includes participation with the Interlochen Arts Academy Orchestra and Band, the National Youth Orchestra of the United States of America, the Cleveland Institute of Music Orchestra, the Youngstown Symphony Orchestra, and the Round Top Festival Orchestra. During the NYO-USA residency and tour of Latin America, Mr. Riveros premiered Gabriela Lena-Frank’s, “Apu: Tone Poem for Orchestra”, and gave his Carnegie Hall and international debuts as a part of the program. His past instructors include Alison Read and Joan Holland. Passionate about the art of pedagogy, Juan has previously led the GISD Summer String Camp Harp Program and is available to teach privately in Cleveland or via online platforms. 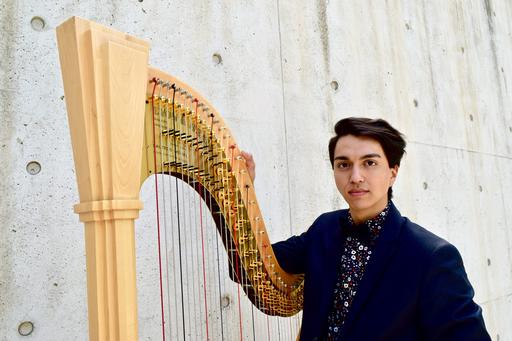 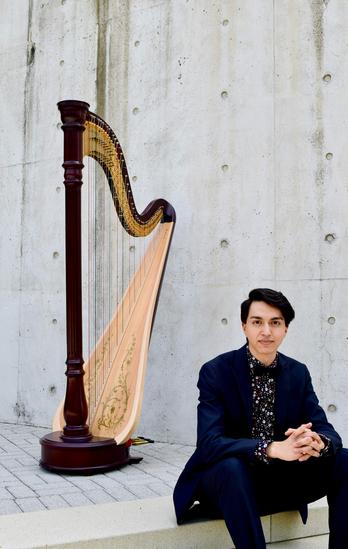